This is the final hazard map for the winter 2020/21. <br/> Significant warming to the high Alpine regions. Wet avalanches as the day progresses.

Outgoing longwave radiation during the night will be good over a wide area. Significant warming to the high Alpine regions. From midday the wind will be strong to storm force.
In some cases the wind slabs have bonded still only poorly with each other and the old snowpack, in particular in high Alpine regions, as well as on steep shady slopes.
Towards its base, the snowpack is moist and its surface has a strong melt-freeze crust. Sunshine and high temperatures will give rise as the day progresses to a loss of strength within the snowpack.
At low and intermediate altitudes only a little snow is lying, especially on sunny slopes. At high altitudes and in high Alpine regions a lot of snow is lying for the time of year.
The early morning will see quite favourable conditions mostly. Avalanche prone locations for dry avalanches are to be found adjacent to ridgelines and on steep shady slopes above approximately 2600 m. In high Alpine regions the avalanche prone locations are prevalent and the danger is greater.

As a consequence of warming during the day and solar radiation a large number of wet avalanches are to be expected as the day progresses. This applies in particular on steep sunny slopes at high altitudes and in high Alpine regions, as well as on steep shady slopes below approximately 2600 m. Wet avalanches can release the saturated snowpack and reach large size. Exposed parts of transportation routes can be endangered. Wet avalanches can additionally be released in near-surface layers by people. Backcountry tours should be started early and concluded timely.

The Avalanche Warning Service currently has only a small amount of information that has been collected in the field, so that the avalanche danger should be investigated especially thoroughly in the relevant locality.

Monday: Wind slabs in the high Alpine regions. Wet avalanches at intermediate and high altitudes.
Tuesday: Significant increase in danger of dry avalanches as a consequence of new snow and stormy weather. 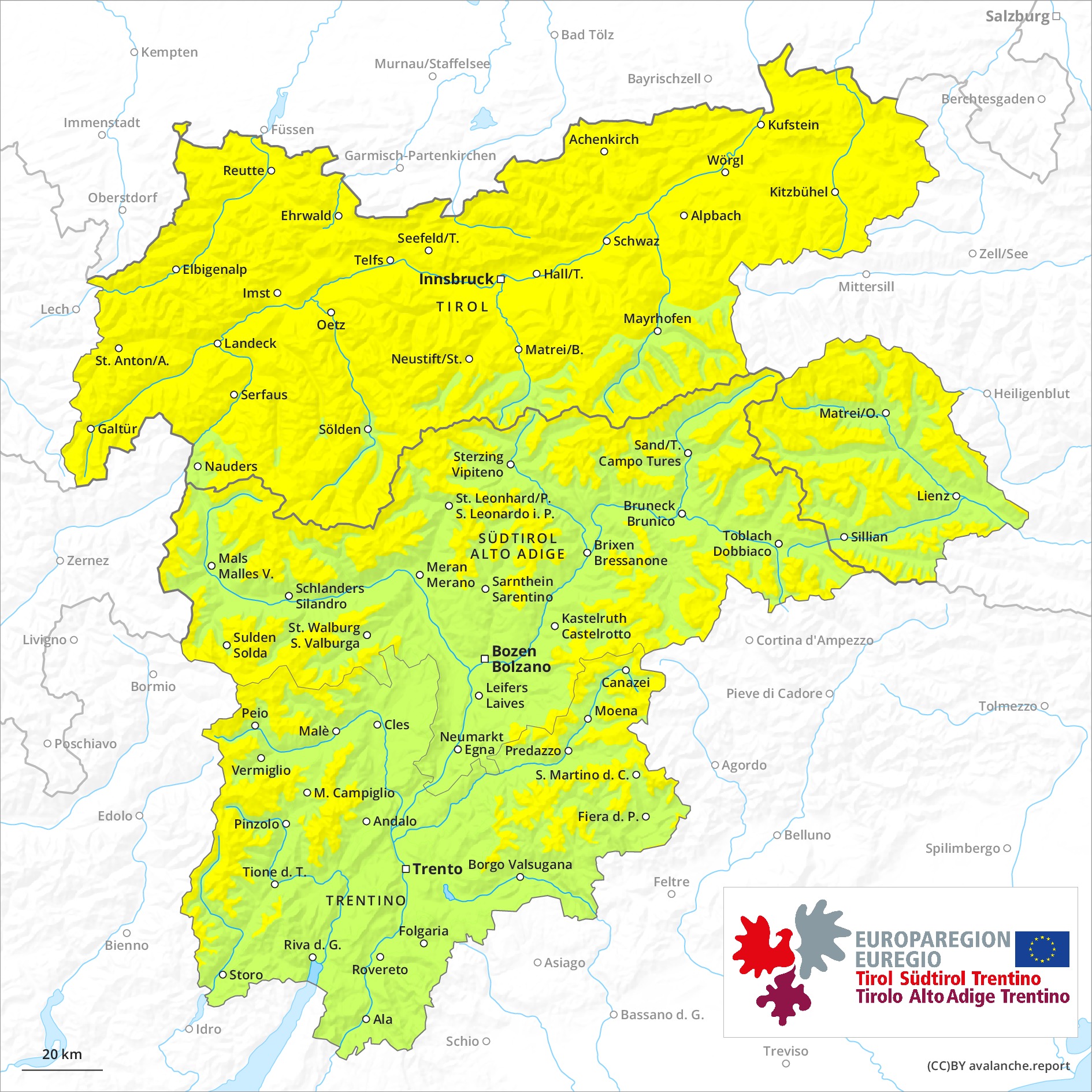