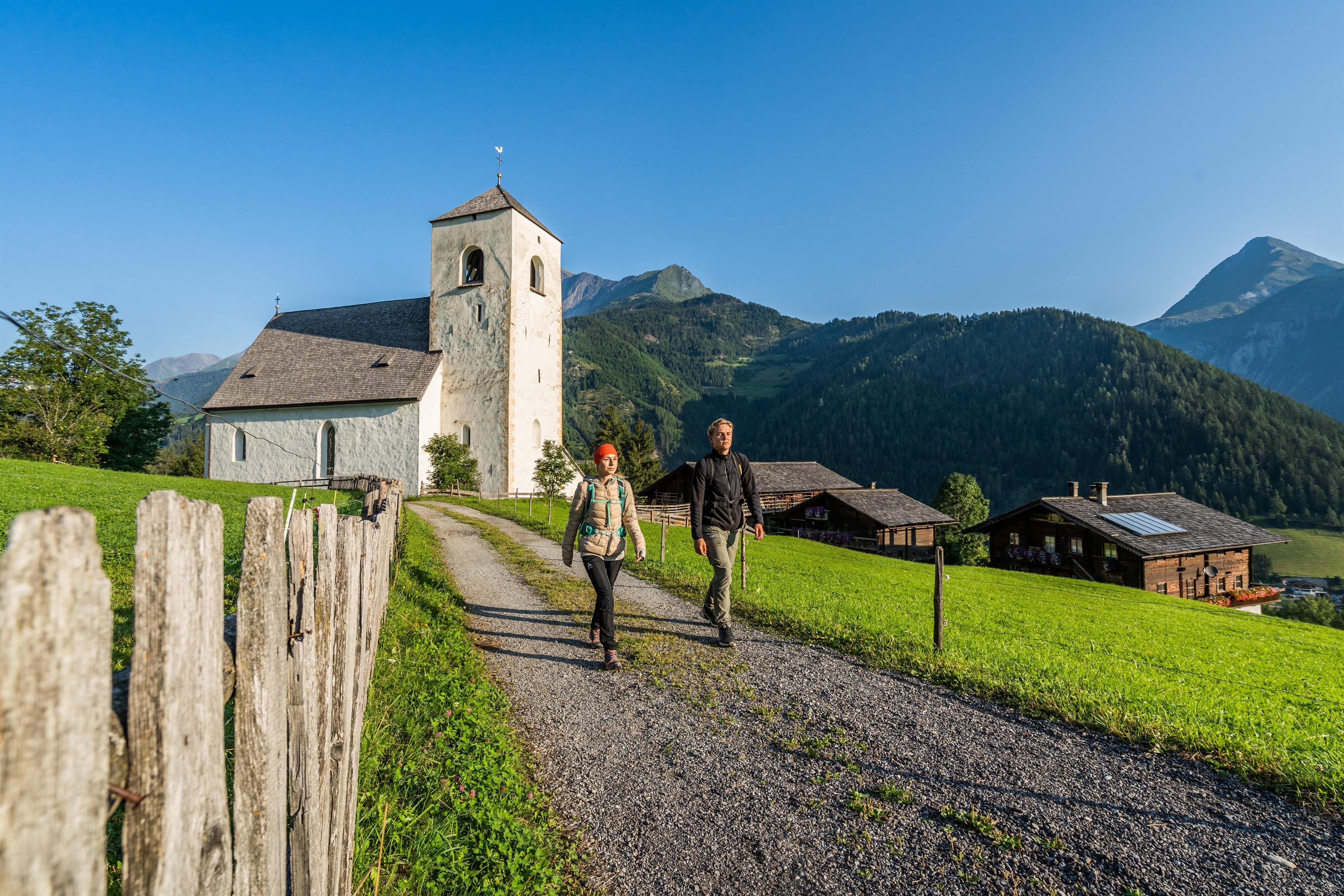 The church St. Nikolaus is considered as the gem of sacred buildings of the Eastern Alps. A remarkable sight is the transition of the tower upper storeys to an octagon, a construction style which can only seldom be admired in the Alpine region. It is not known when the church St. Nikolaus was built. The origin of the church that exists today dates back to the 12th or early 13th century. The frescoes are the greatest art-historical treasure of this church. The frescoes were most likely created in the 13th century. In the lower choir there are four triangles with four scenes of paradise:

You can visit the church at any time during the day. If it is closed, you can get the key for the church at the nearby farmhouse.