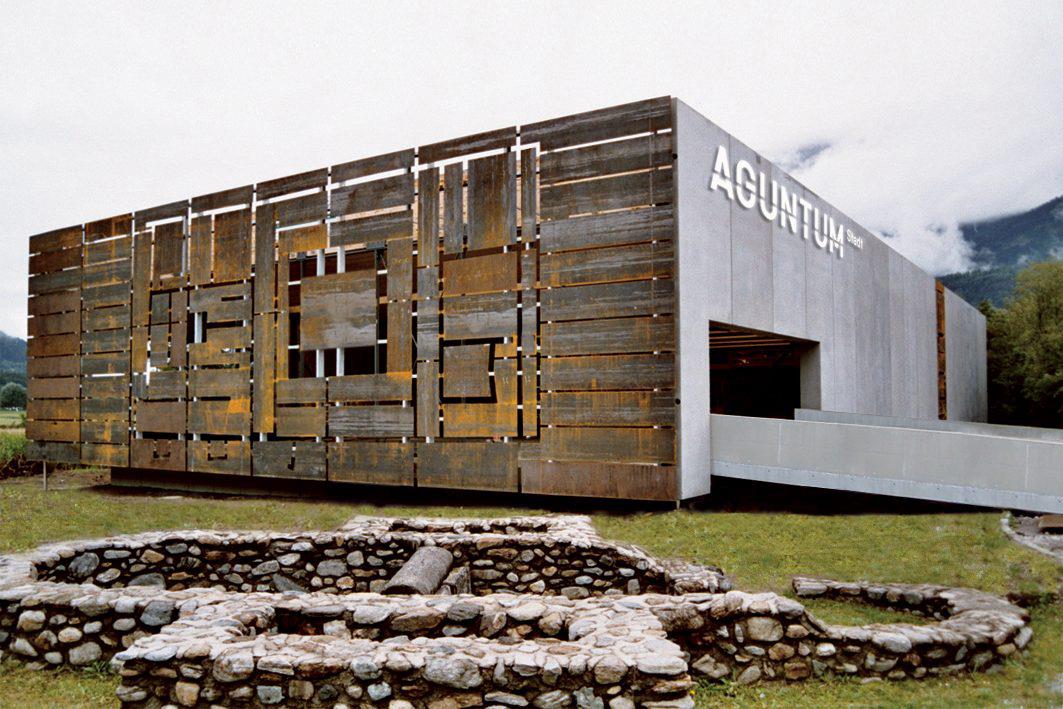 Aguntum was a Roman city which is around 4 kilometres to the east of Lienz in what is Dölsach today. Excavations and the museum recount times past.


When many decades ago whole hosts of archaeologists came to Aguntum it was not by accident. It was probably due to the fact that in Aguntum not everything had been excavated and there was still a great deal to discover. Including the very interesting past of today’s Dölsach. Since 1991 excavations in the Aguntum have been in the hands of the Institute for Archaeology at the University of Innsbruck. At the moment the forum in Aguntum has been uncovered. Bit by bit one of the most impressive Roman cities in the mountains will be uncovered. And what has been uncovered to now really is something to behold. In 1999 the Museum Aguntum decided to construct a protective building above the whole Atrium building. Even the construction of this ‘protective building’ is worth seeing; it can be seen from quite a bit away when you are approaching the museum on the main road. The museum provides insights into daily life during the Roman era and exhibits all kinds of finds from Aguntum, as well as other areas from the former province of Noricum. The building piques your curiosity and also prompts questions. The answer to the question, “should I stand and take it all in” ought to be answered with a loud and clear ‘Yes’. It is well worth it.

Aguntum was a Roman city (Municipium Claudium Aguntum), which was located some 4 kilometres to the east of Lienz in what is Dölsach today. Its origins probably lie in the settlement of the Noric people of Laianci, which was also the eponym for the town of Lienz. Under Emperor Claudius (41 - 54 A.D.) Aguntum experienced an impressive boom. The Emperor elevated the settlement to a Municipium (city). In the following 2 centuries the present Roman city of Aguntum experienced prosperity, which was reflected in the construction of a city wall, countless private and public buildings and also in a spa. During this heyday the influence of the city extended from Felbertauern in the north, to Mühlbach in Pustertal in the west, through to Kreuzbergsattel in the south and Oberdrauburg in the east. From the 3rd century Aguntum gradually lost importance, not least due to its suboptimal location in the valley floor. However the city continued to be inhabited up to the 5th century, shown by an Early Christian sepulchral church.

Although archaeological digs have been carried out since 1912, only a small section of the former city has been scientifically researched. We do know about the city walls, the Atrium building, the handcrafts quarter, the big spa and also the Macellum, a circular building which was presumably a small market hall. The Atrium building presented a small archaeological sensation since a building of this style had never been found so far north before. An 18 metre viewing tower today provides a great overview of the excavation area. It is even possible to get a little glimpse into nearby Lavant from the viewing tower. There have been excavations and archaeological research and analysis there too. The fascinating thing about all these excavations – almost nowhere else is it more apparent that there was such a long period of settlement here in what is East Tyrol today – and it is a great history lesson on top of everything else. Nothing else for it than to go and have a look!