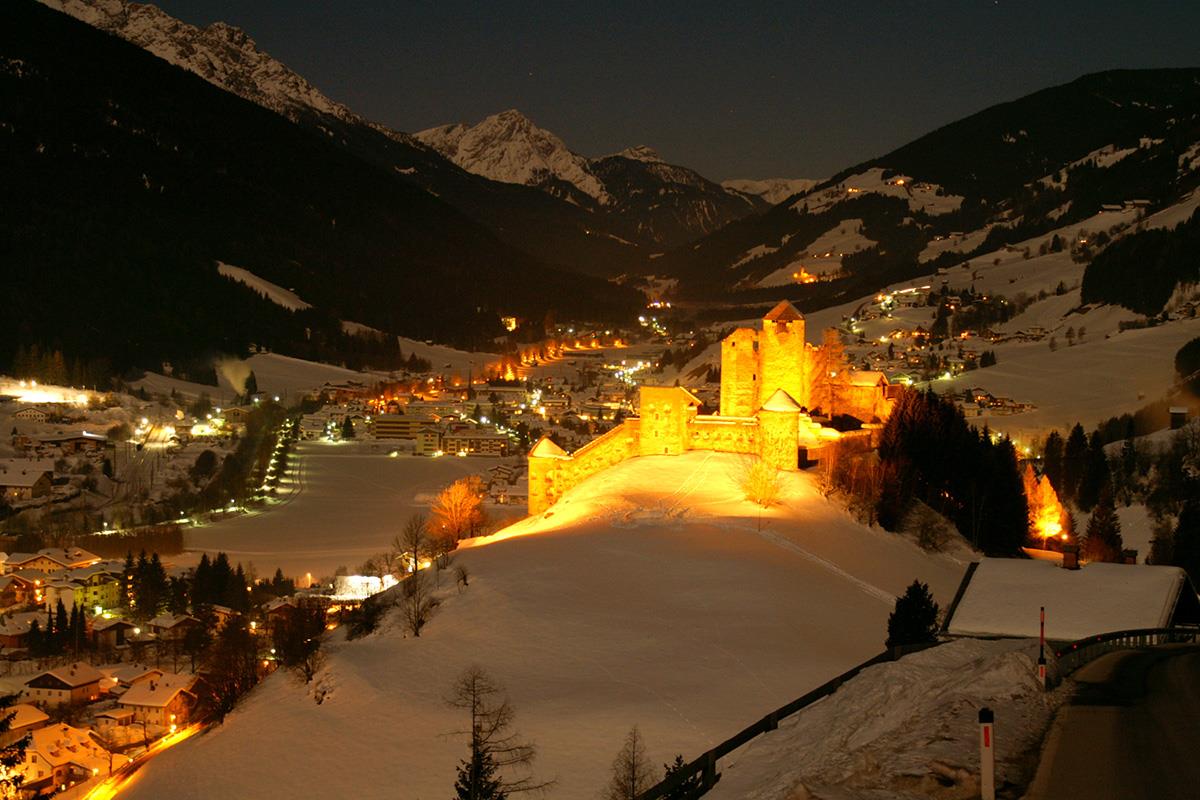 Heinfels castle is set in a strategic location, favourably placed on a hill above the town of Heinfels and due to its position has been titled the "Queen of Pustertal". Its name goes back to the legendary foundation by the Huns. The fortifications were described as "Huonenfels" into the 16th century. So it all began a long, long time ago. Actually, in this instance it wasn’t such a long time ago, since the castle was first mentioned in 1243. It might have a clocked up a few more years. But we’ll stick to the facts – back then, in aforementioned 1243, Heinfels castle and also its lord and master, the knight Otto von Heunvels, were mentioned. Later the Counts of Gorizia were the owners of Heinfels castle. It would be pointless in recounting the long and eventful history here and it might even be gilding the lily. Rather than staying in the past we should be delighted with the present-day Heinfels castle. Its history is of course eloquently discussed, but what is impressive is the here and now. After all, it has been very well preserved and still sits impressively enthroned above all the goings-on.

This castle above Heinfels is an exceedingly impressive landmark for eastern Pustertal. Heinfels castle can be seen from quite a distance and from it you can also indulge in a view which you will remember for a long time to come. This much we do know – up the Drau, down the Drau and to Tirol’s Gailtal which joins opposite it – this is a view which you don’t get to see every day. The castle itself can currently only be visited from the outside, but it is currently being renovated. In 2020 it will be possible to visit the castle from the inside.