"Via smuggler and shepherd trails" For centuries, well-tended mountain meadows, along old shepherd and cattle paths with strange field names, the hiker reaches a rocky and rugged mountain landscape before reaching the first yoke, right in the middle like a dark pearl, the Schwarzsee, a place to stay. If you have bypassed or exceeded the Riepenspitze (2.774 m), a wide view opens up over the Heimwaldjöchle (2.644 m) to the south, to South Tyrol and its famous Dolomites, which accompany the hike from here to the end. Here, too, we follow ancient shepherds', hiking and smuggling trails, which tell that people used to travel not up in the valley but high up in the mountains. The personal trump card in the game is the 2.774 m high Riepenspitze. 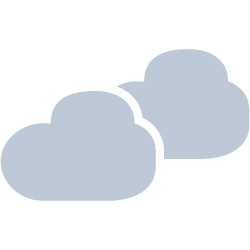 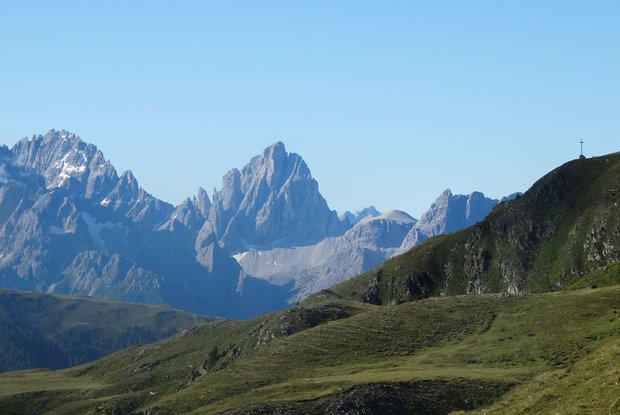 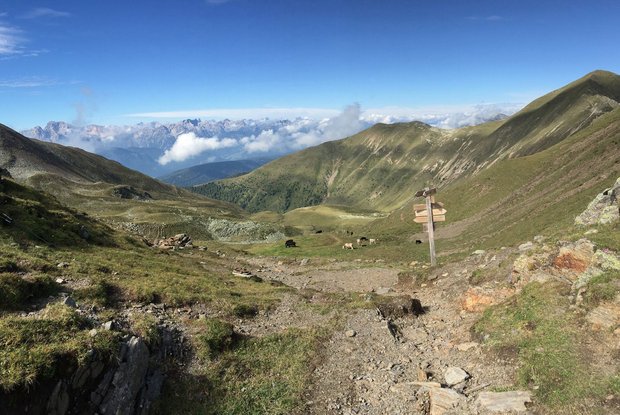 Our hike takes us from the Unterstalleralm to the Oberstalleralm (1864m). The Bärentalerwald is adjoined by large meadows with a slight incline, via which we arrive at a signpost to the Schwarzsee, which then leads us to marking No. 15a. From here, slightly ascending over mountain meadows and with a beautiful view through the Arntal, we reach the Elplanschupfe after a short hike. Then the path leads us over two ditches past a haystack and along the stream to the Schwarzsee, which rests in a deep rock trough (according to legend, a silver treasure is hidden at the lake bottom). On the northern shore of Lake Schwarzsee, the marker no. 12 leads us over gentle terrain into gorges and gullies and over ridges on the east side of the Riepenspitze in serpentines up to the Heimwaldjöchl (2,644m). From here, the trail descends through broadly scattered rock debris and overgrown moraines to the thin Köflerbachl. Later we come to a small and a large stone man, who stand there like guards. We cross the lawn slopes along the eastern edge of the Geilspitze and arrive at the Kalksteiner Jöchl (2,325m). The Kalksteiner Törl deserves a longer rest in every respect: All around us is a colorful alpine flora that should delight the botanist's heart, and the view over mountains and valleys is exquisitely beautiful (Roßtal, Gsieser Tal, etc.). Descent over soft meadow grass into the Roßtal via the hiking trail and further along the alpine path to Kalkstein, with overnight accommodation in the Alpenpension Bad Kalkstein.