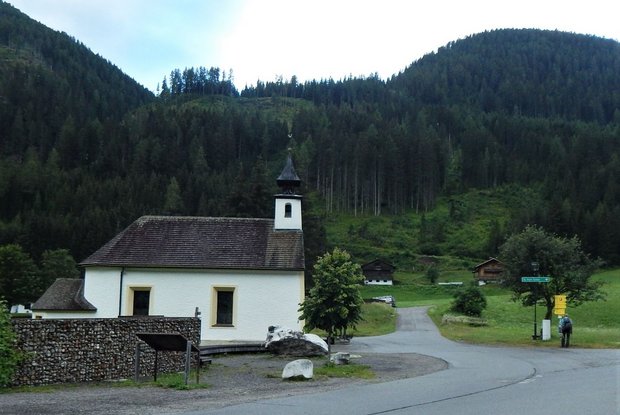 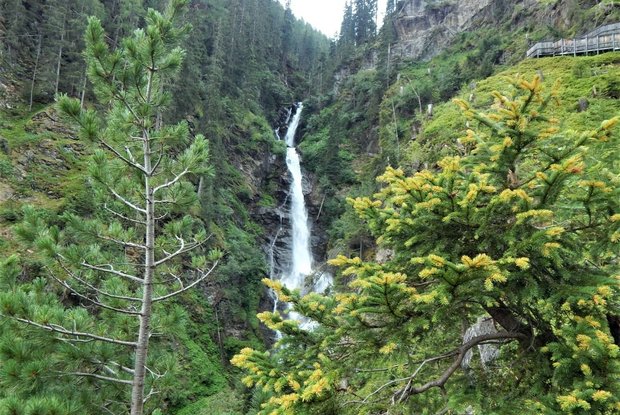 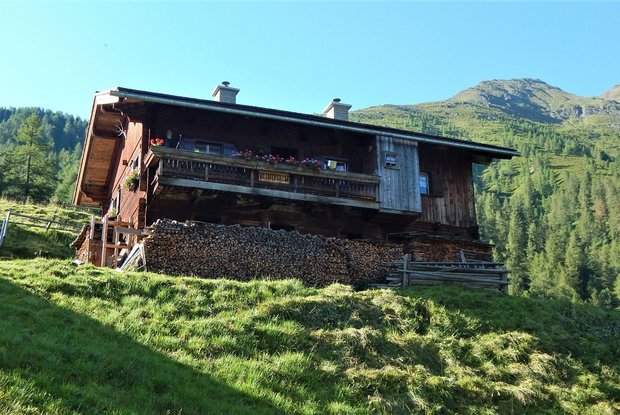 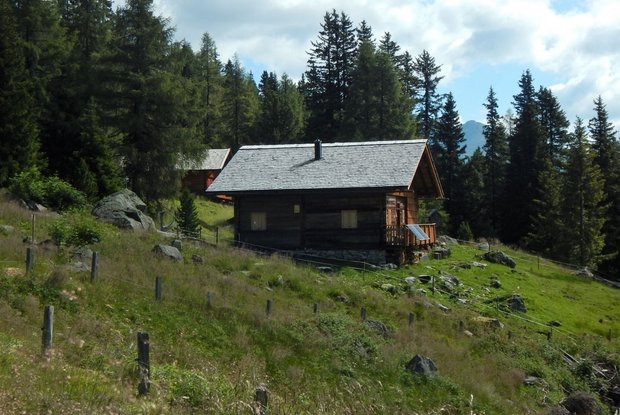 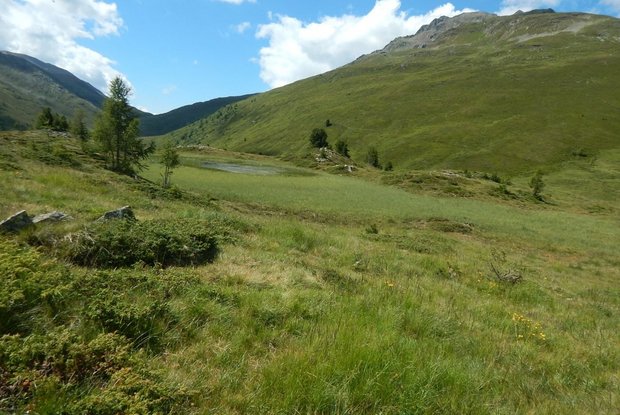 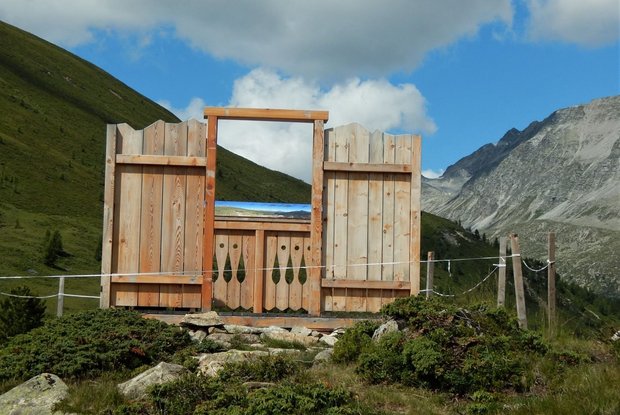 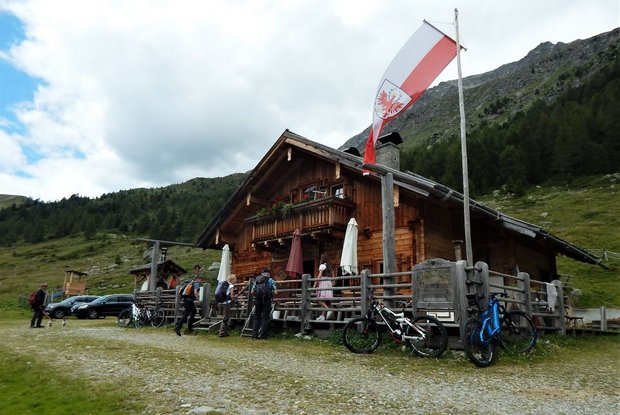 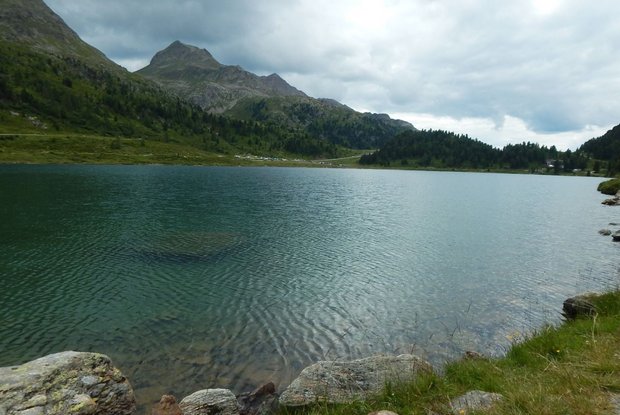 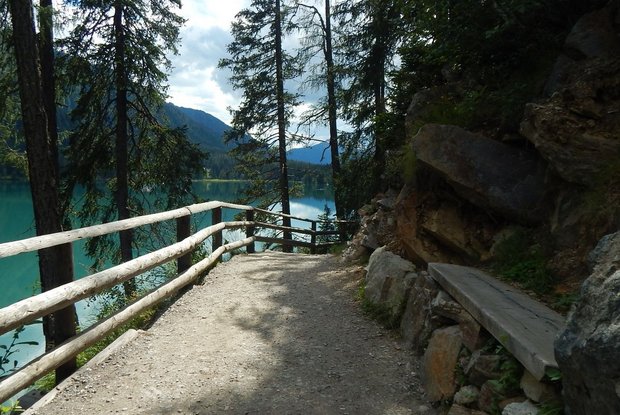 tarting from Maria Hilf, you cross the Schwarzach creek in the direction of "Bruggen" until you reach hiking trail no. 328, which leads past the Stadtner mill to an impressive waterfall. Only recently, a new viewing platform was built here, which now makes it possible to watch the thundering water of the Maria Hilf waterfall tumbling down the valley at close range. The trail continues along the Stallerbach stream over the Stalle alp up to the Blindisalm mountain pasture. It is situated at 1.894m above sea level and invites you to take a rest. From there, hiking trail no. 85 leads over the Lappachalm mountain pasture up to Hirschbichl, a historically relevant hunting station. Cross the Erlasboden and continue towards the Staller Sattel mountain pass. After reaching the pass road that connects the Defereggen Valley with the Antholzer Valley, you follow trail 113 over the Staller Alm mountain pasture to the idyllic Lake Obersee and further through the Swiss stone pine forest that reaches the shore on the north side to the pass summit of the Staller Sattel mountain pass.

The war memorial at the pass crossing commemorates the close ties between the two valleys, which were severely tested after the First World War by the division of the province of Tyrol in the Treaty of Saint-Germain. At that time the Staller Sattel mountain pass, right between Austria and Italy, became an El Dorado for smugglers. Many traces and memories of that time have been preserved until today. The descent from the Staller Sattel mountain pass leads you along the marked path no. 11, which crosses the road serpentines several times. The stage finish, Lake Antholz, a jewel of turquoise green and crystal clear water, invites you to relax and refresh.