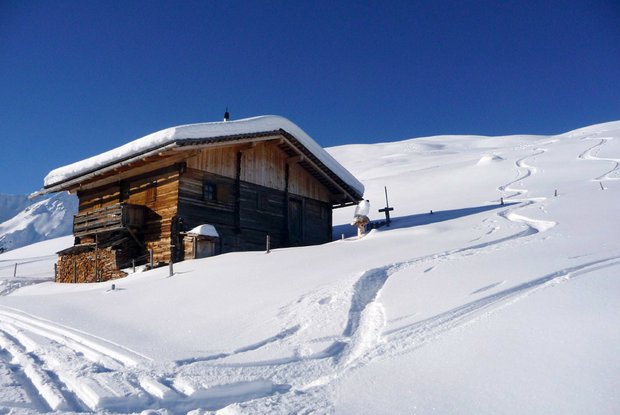 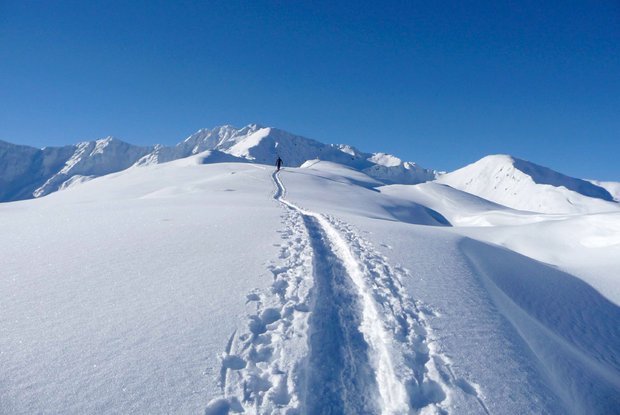 Zwenewaldtal, an altitude valley in the district of Hopfgarten in Defereggental is hard to top in terms of seclusion in the winter due to its length and its shaded orientation. The mountain ridges on the sunny side, the Gagen, obscure the Gagenalm (1992 m), a romantic ‘Hüttendorf’ which enjoys views into the distance into Defereggental. However getting there requires a certain amount of forest trail resistance, which is worthwhile later on since the wide ridge to the summit of the Gagen and the descent afterwards via the superb grassy flanks to Bloshütte provides pure ski touring pleasure. The starting point is the covered wooden bridge at the entrance to Zwenewaldtal in Hopfgarten in Defereggen. We follow the long-drawn-out forest trail up through a steep forest, until a route signpost leads us to the right to the Alpine inns of the Gagenalm. The first detour to Bichleralm goes unnoticed. After some 2 - 2 ½ hours you come to the Gagenalm and in front of us the broad ridge mentioned now stretches out in front of us at the start, which in the map is called Gagen and Gagenhöhe. Its highest point measures 2463 m and is the destination for the day. The ski track proceeds from the Alpine inn along this ridge line without much difficulty and in an easy up and down section to the summit which provides lots of views and a cairn (1 – 1 ½ hours from the Gagenalm). Descend either along the ascent track or via the south-east pastureland to the Bloshütte (1800 m) and via the wide forest trail back to Hopfgarten. 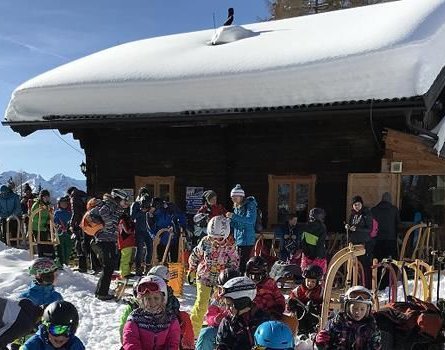 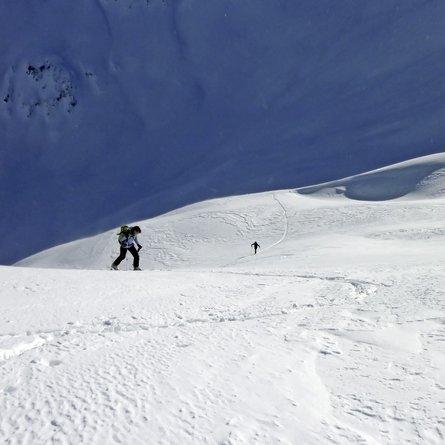 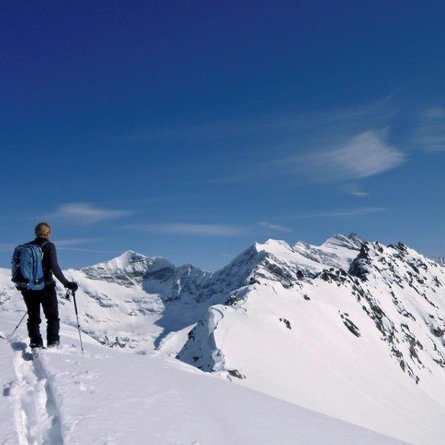 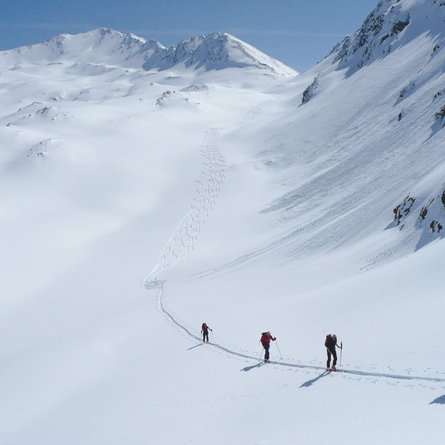 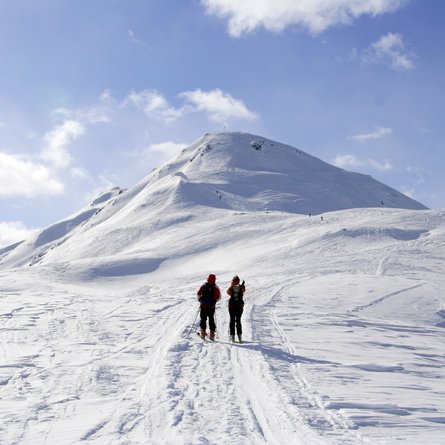 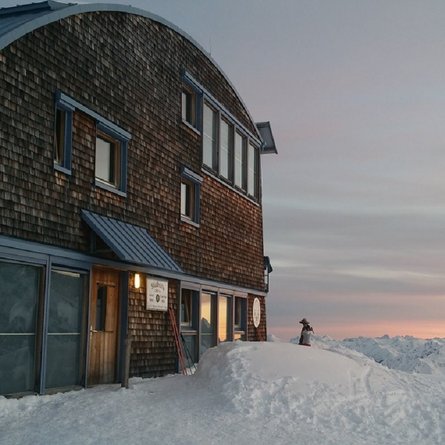 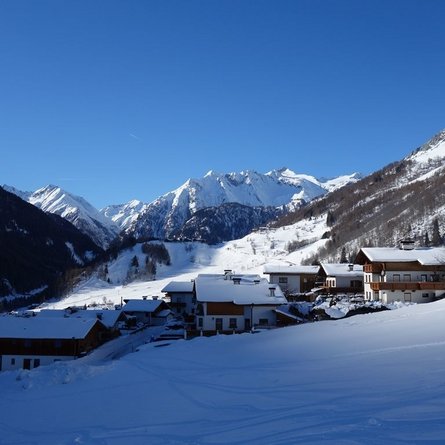 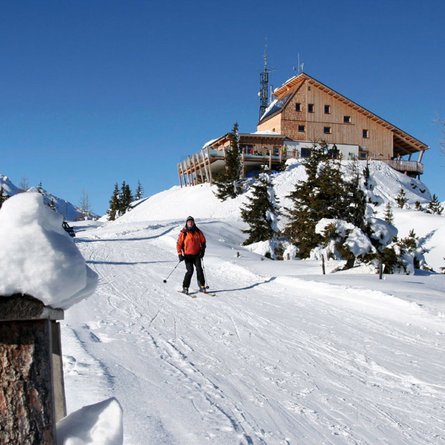