Stage 04 from St. Oswald to Innichen 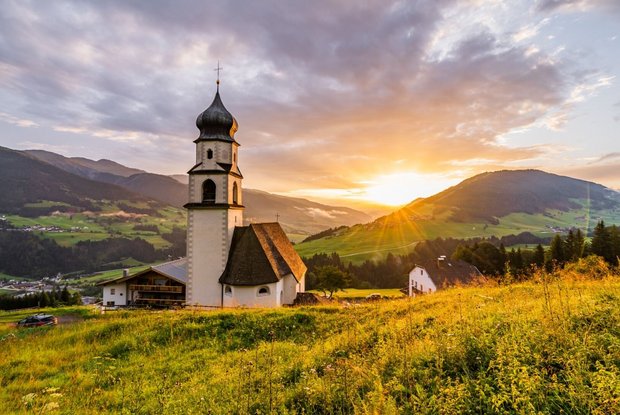 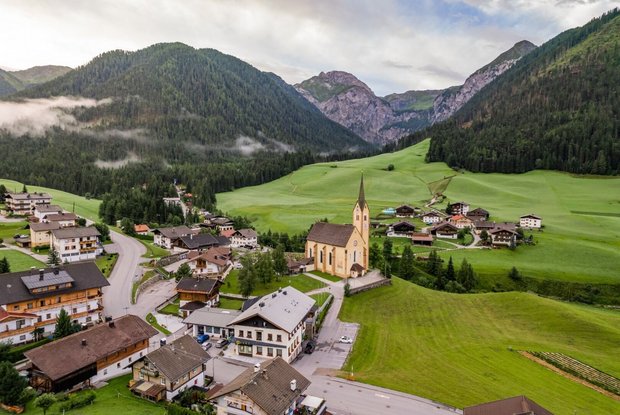 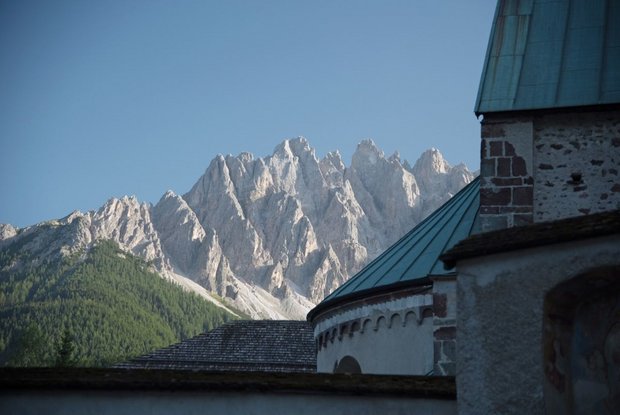 Starting from St. Oswald, the stage first leads along a meadow path to Kartitsch, where the church of St. Leonhard can be found. From there, after crossing the main road, continue in the direction of Kanter/Schuster. A short ascent via Birgl follows before you reach the pilgrimage church of Hollbruck via the municipal road. After a break and a visit to the baroque church with its rich furnishings, take paths no. 14 and 467 down into the Pustertal valley to Rabland, from there take path no. 1 to the right of the Drau river to the Asthof and continue up to the bridge crossing to the parish church in Sillian. Half the way is over.

The second part of the trail leads you from Sillian - Kopsgute - Weg 1 in the direction of Arnbach, crossing the bridge and pilgrim along the right shore of the Drau river to Winnebach, following the signs. There you change to the Herrnsteigl, which takes you to Vierschach. At the railway station in Vierschach you take the underpass of the railway and the overpass over the car park to Punka and on to the church of St. Magdalene of Vierschach. From here you follow the valley hiking trail on the orographic right side of the Drau over the fields to Innichen, the Romanesque tower of the monastery in sight.

the richly equipped pilgrimage church Mariahilf in Hollbruck dates from the 17th century and invites you to rest and visit. The pottery statue of Mariahilf is 13 cm tall and is placed in a monstrance.

The two imposing places of worship invite to silence and reflection on the way.

The Benedictine monastery of St. Candidus was founded in 769 by the Duke Tassilo as a base for the missionary work among the Slavs and is one of the oldest monasteries in the Alps. Today's Abbey Church was built in the 12th and 13th century. The monastery with its impressive dome fresco (1280) of the crypt and the evocative crucifixion statue from the 13th century is considered the most important Romanesque building in Tyrol and is highly recommended!  (The crucifixion group was placed in Lienz during World War I, because Innichen was a frontline area). A very recommendable monastery museum is also attached, which is open from June to October!

First consecrated in 1386, it was enlarged to its present size in 1479. It also carries the name "Schimmelkirche", since Earl Leonhard von Görz himself is said to have delivered building material with his white horse, also called "Schimmel", during the construction. 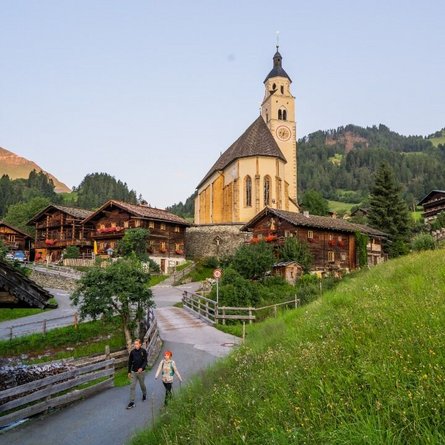 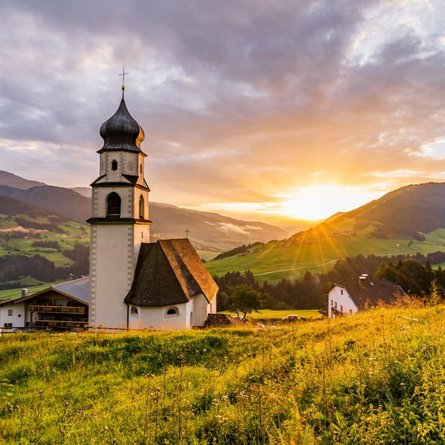 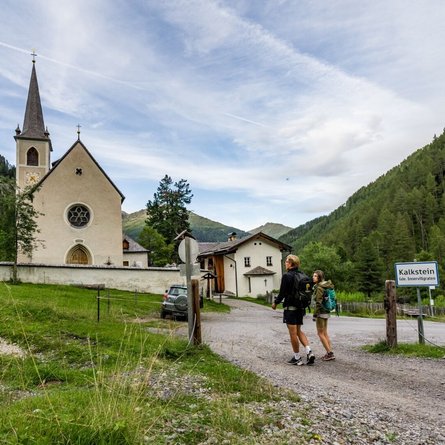 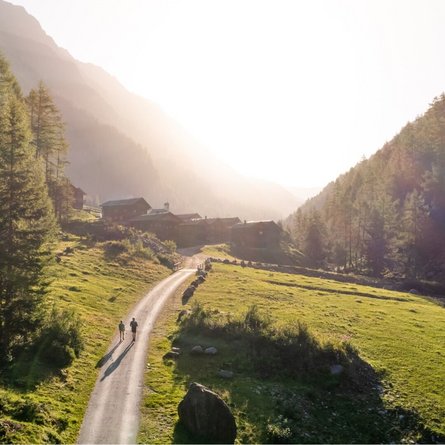 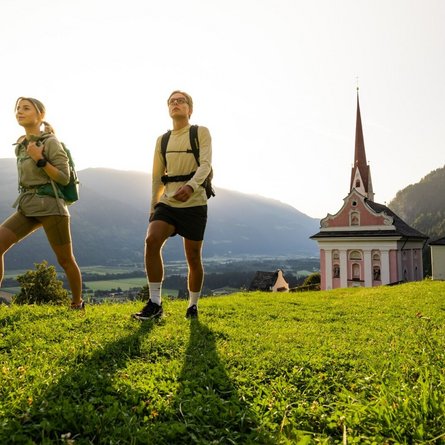 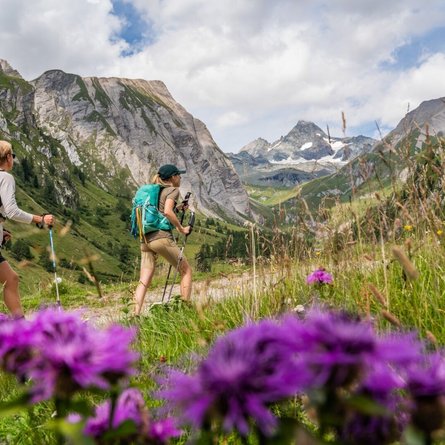 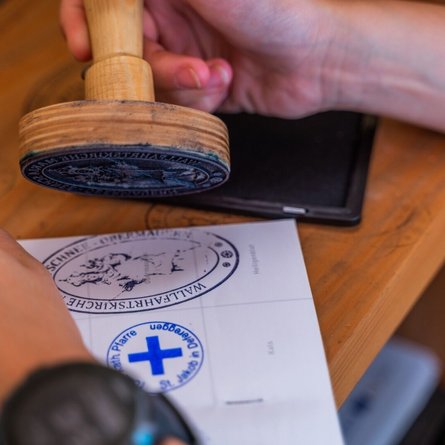 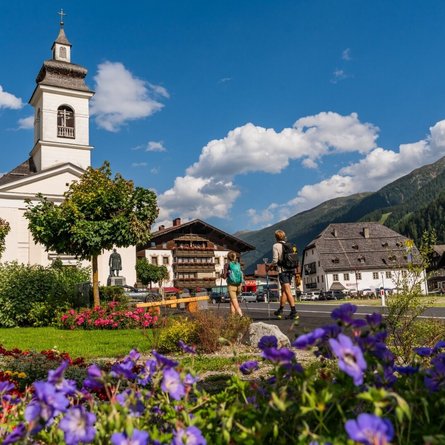